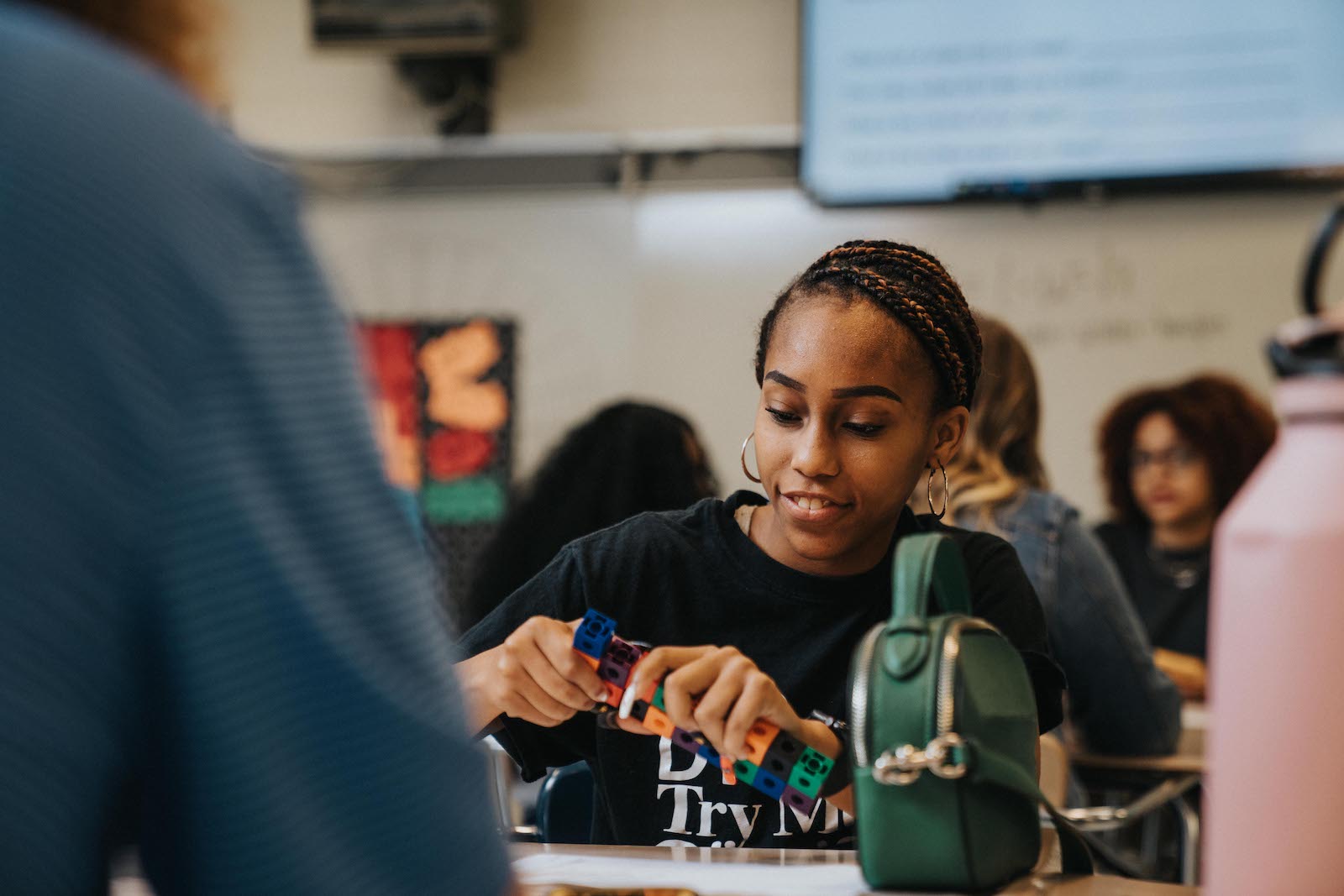 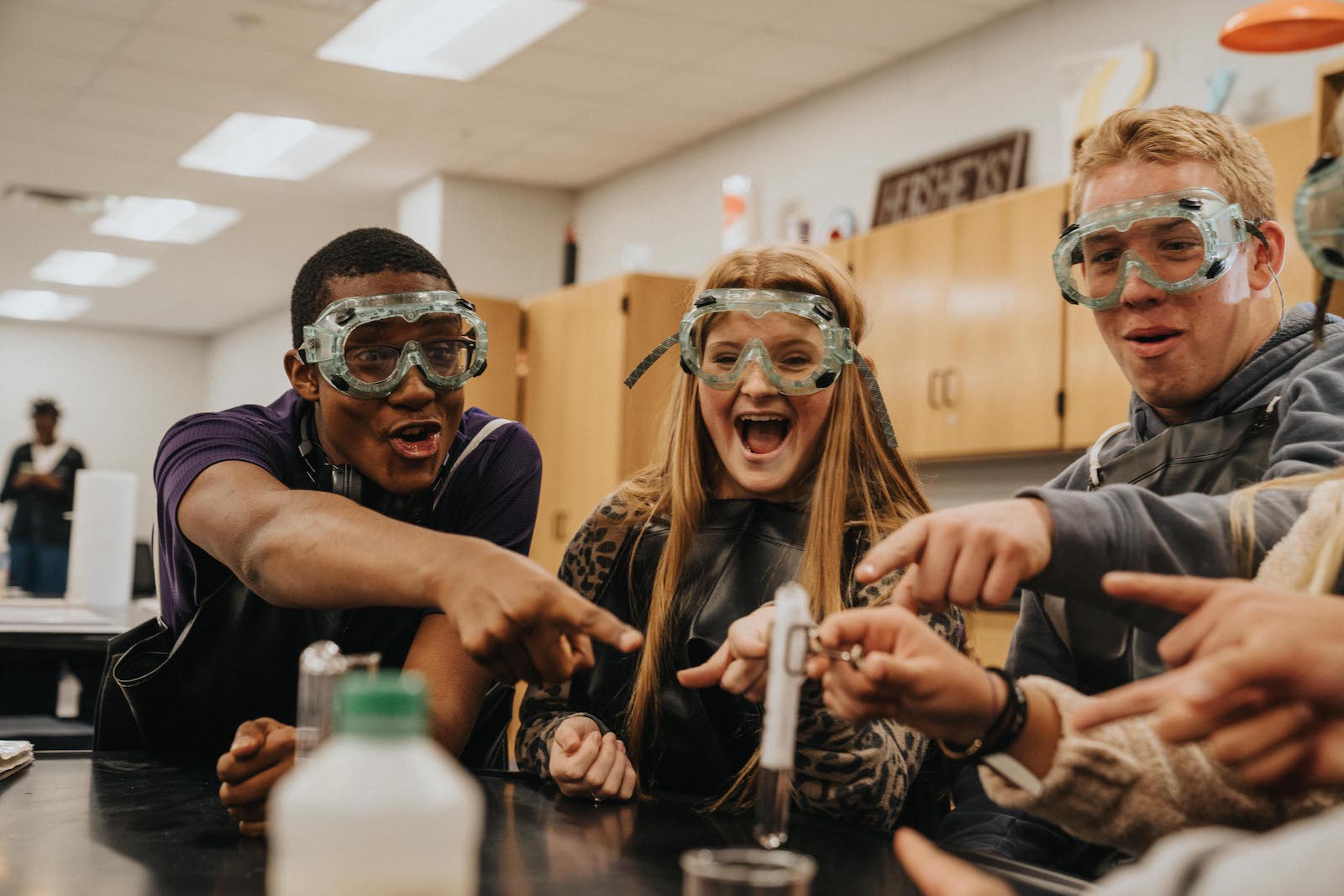 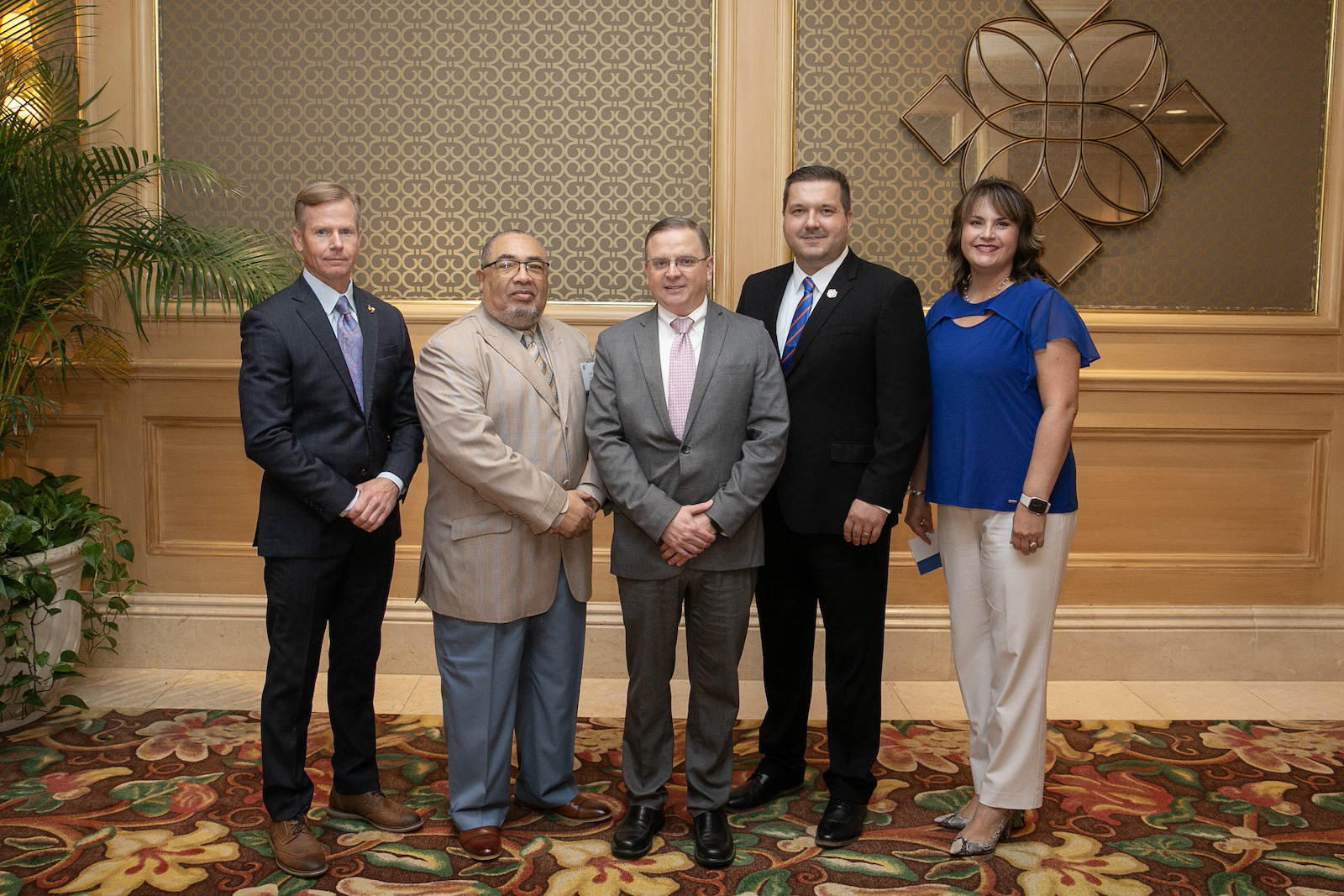 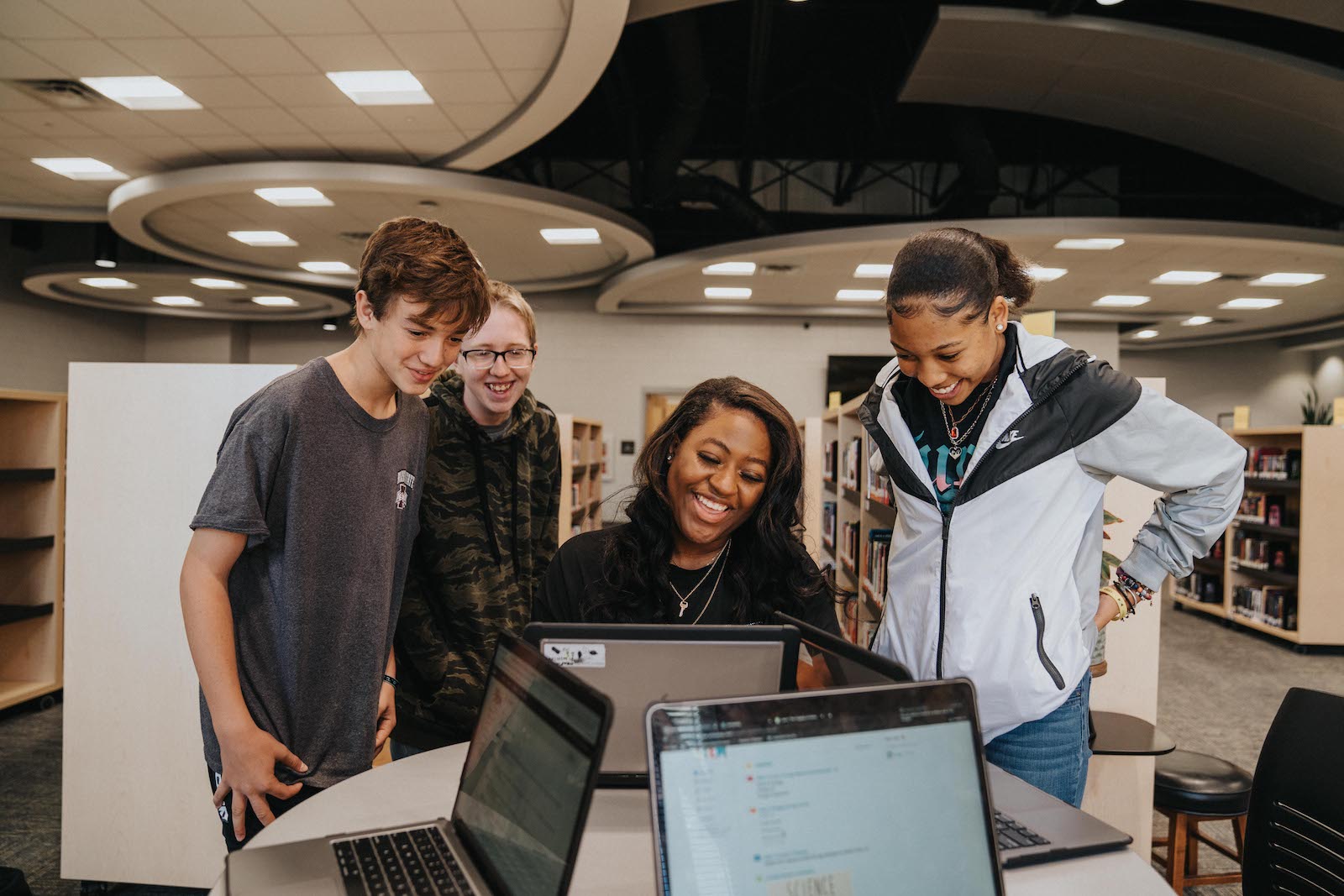 Inspiring students to their fullest potential 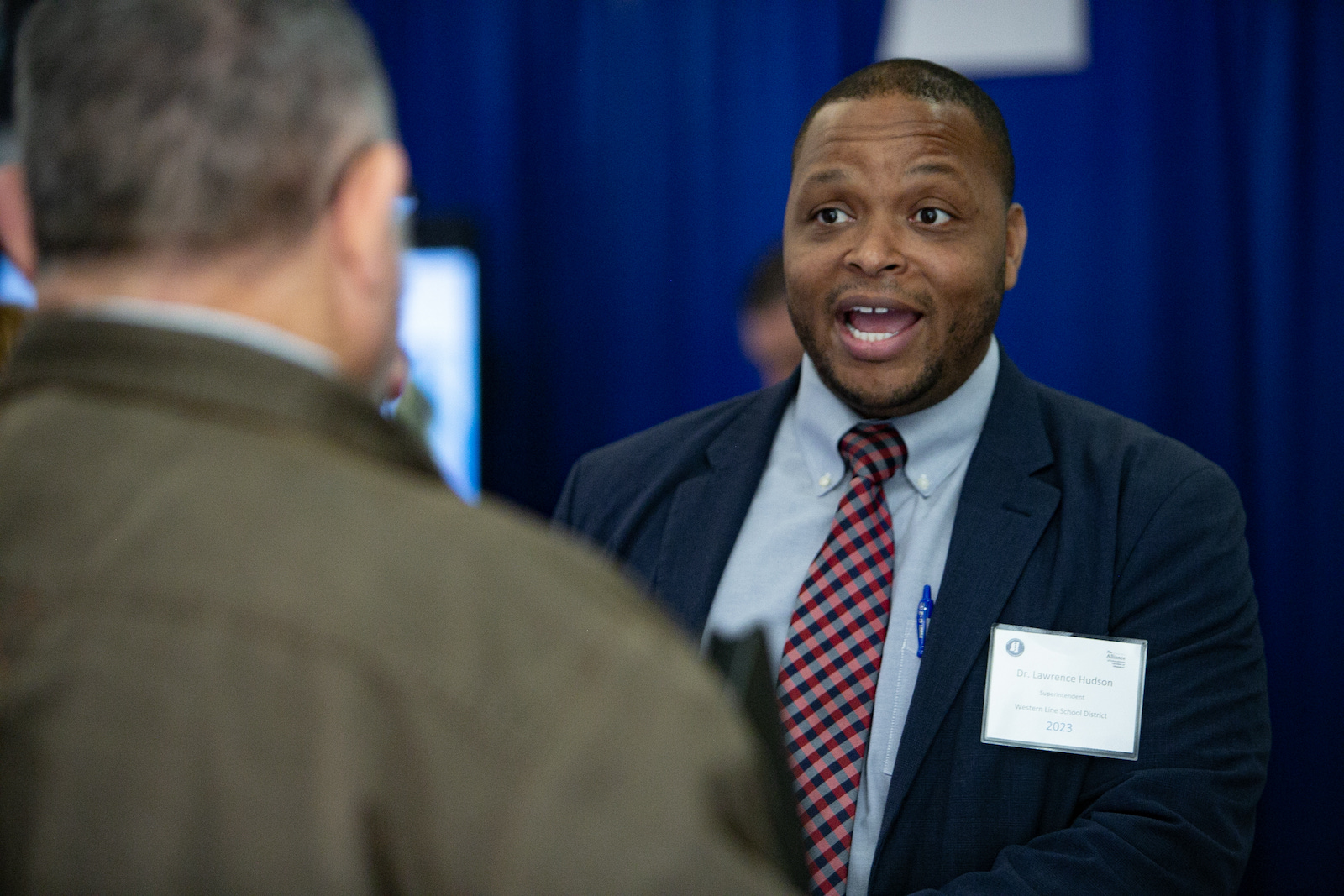 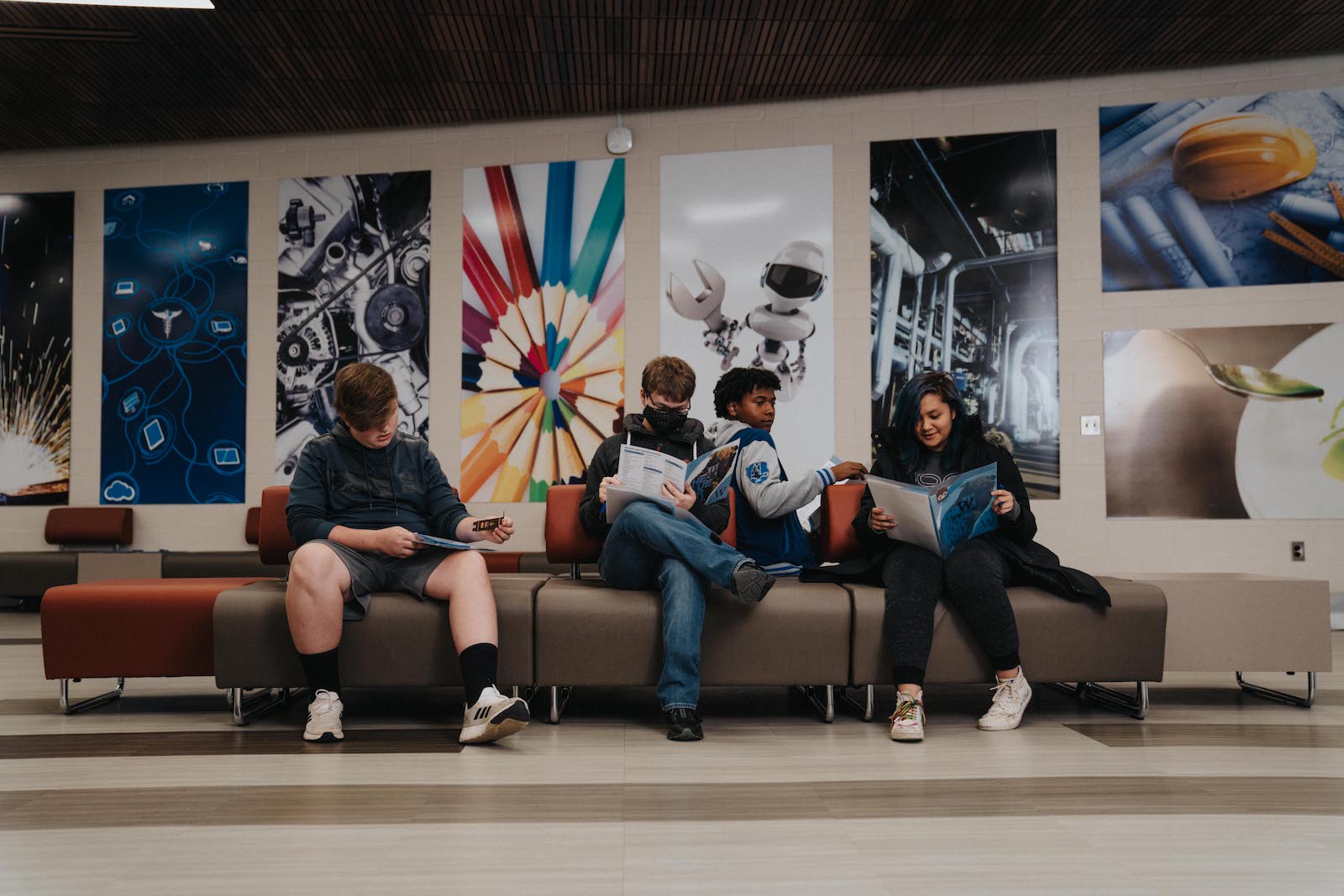 A unified voice for public education 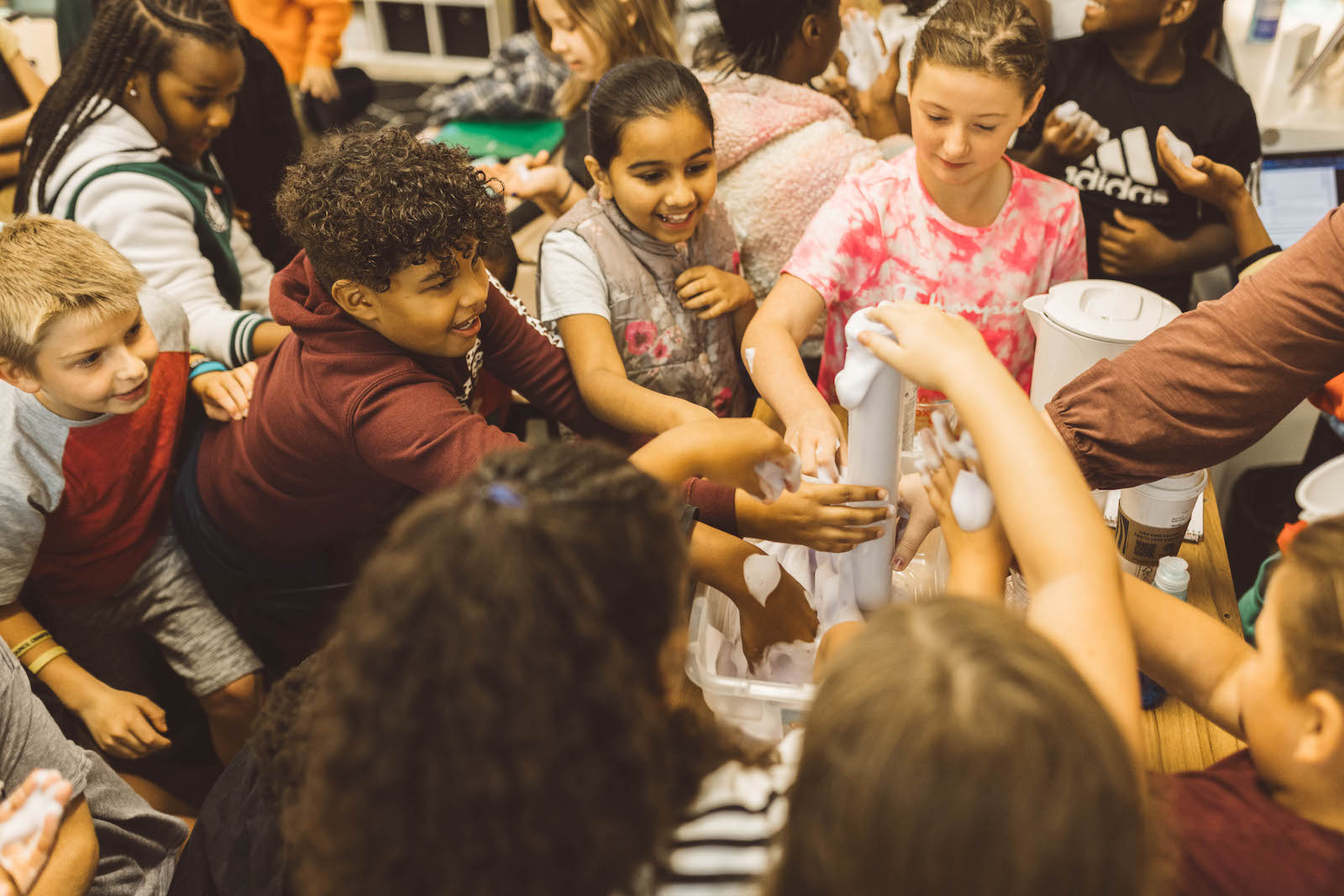 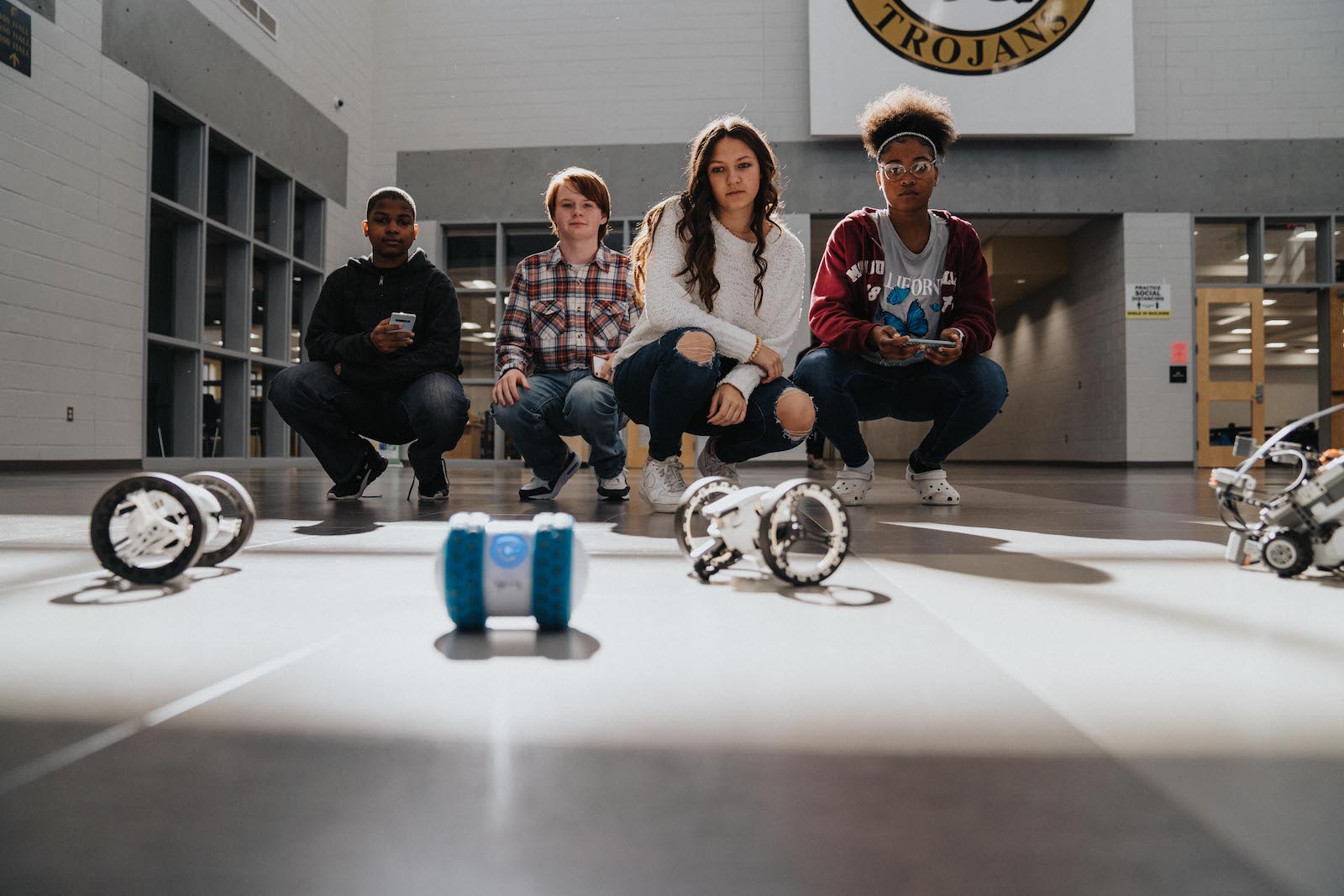 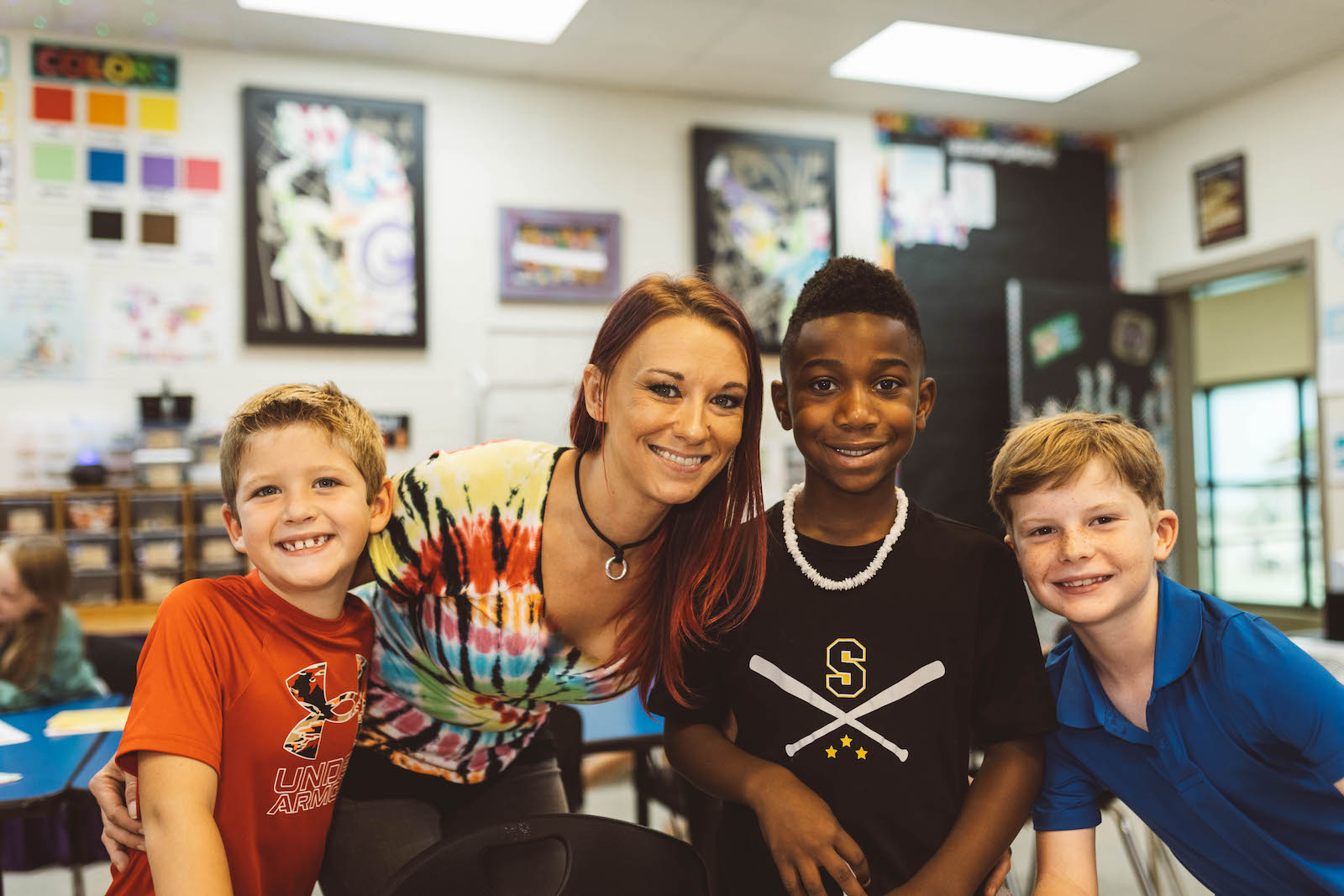 An unprecedented commitment to students 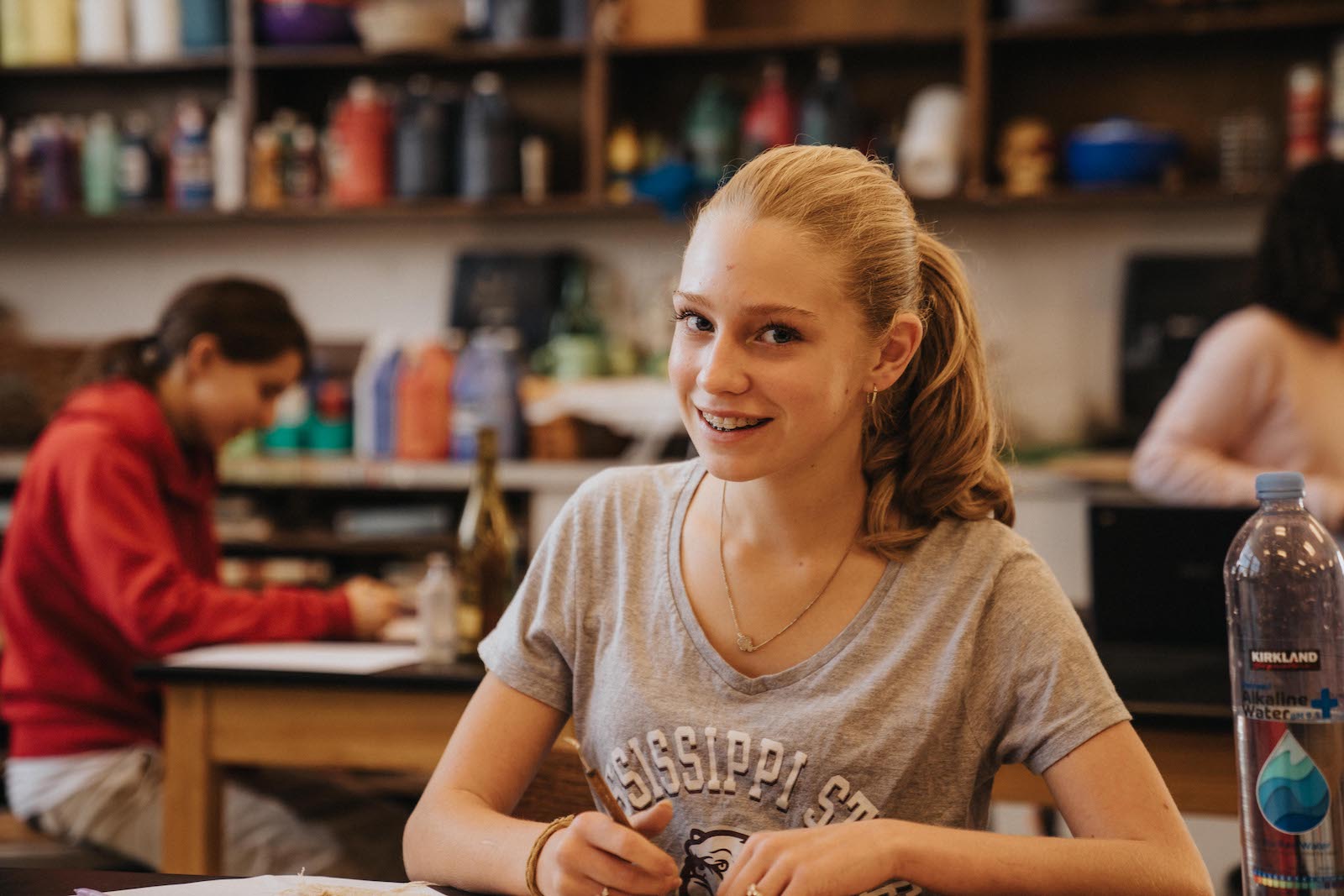 On June 16, Mississippi and the statewide educational and athletic community lost a great man and devoted leader with the passing of Walter “Sam” Bounds, who served as executive director of MASS from 2004-2017.

I got to know Dr. Bounds in the late 1980s when he was principal of Clinton High School and I was assistant principal. By that time, he had earned widespread recognition for his many accomplishments as an all-star football player, a successful high school football coach and athletic director, and an effective school administrator.

It didn’t take long to realize how fortunate I was that our paths had crossed, both personally and professionally. Working with him was a formative experience that helped me become a better leader. A few years later, when Dr. Bounds left to become superintendent of the Brookhaven School District, I was named principal of Clinton High School. Thanks to him, I was prepared for the job.

In 2017, I found myself in a similar situation when I came to MASS after Dr. Bounds stepped down as executive director. Nobody knew more than I did that I had big shoes to fill. But like the true leader he was, Dr. Bounds was always there to help whenever I had questions or sought guidance, or just needed someone to talk to.

No matter where he went, Dr. Bounds had a habit of leaving things in better shape than he found them, and that was certainly the case for MASS. He was instrumental in strengthening communication between superintendents and legislators and helped transform MASS into a stronger, more effective advocate for education. It’s no mystery why we named the MASS scholarship program in his honor.

In our 2017 news release about Dr. Bounds’ retirement, this is what he said about MASS: “Without question, these have been some of my most rewarding years. From the start, it was vital to strengthen our network while truly making a difference in the communities we serve. Praise to our membership for understanding the direction we needed to take and getting behind all of our efforts with passion and determination.”

That was Dr. Bounds – always deflecting the spotlight, building up others, and focusing on the greater good. While this is a difficult loss, I can’t help but feel gratitude for having known him and benefiting from the example he set as a friend, educator, mentor, and executive director of MASS.

Keep up to data with with the latest in school news with MASS announcements and updates to events by subscribing to our blog!

‘30 Seconds Can Save a Lifetime’ Campaign Wins SPRF Award

MASS has received the William A. Taylor Best of Show Award

Holly Continues Service to MASS Board of Directors

The Mississippi Department of Health on Friday released COVID-19 guidelines for K-12 schools for next school year.

New Board of Directors

30 seconds can save a lifetime

MASS ANNOUNCES NEW BOARD OF DIRECTORS

schools plan to "return to play"

A Blueprint for Back to School

Will you be ready when health officials give the green light?

Teachers Answer the Call to Serve

Say Thanks! during National Teacher Appreciation Week May 4-8

Is your district ready for the Coronavirus?

Administrators of K-12 schools urged to plan, prepare and respond 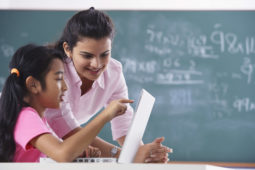 Back to School Letters

Writing the annual back-to-school letter is on every superintendent’s to-do list, but don't make it routine.

It helps to bring everyone together to focus on issues that matter to as educators and leaders. 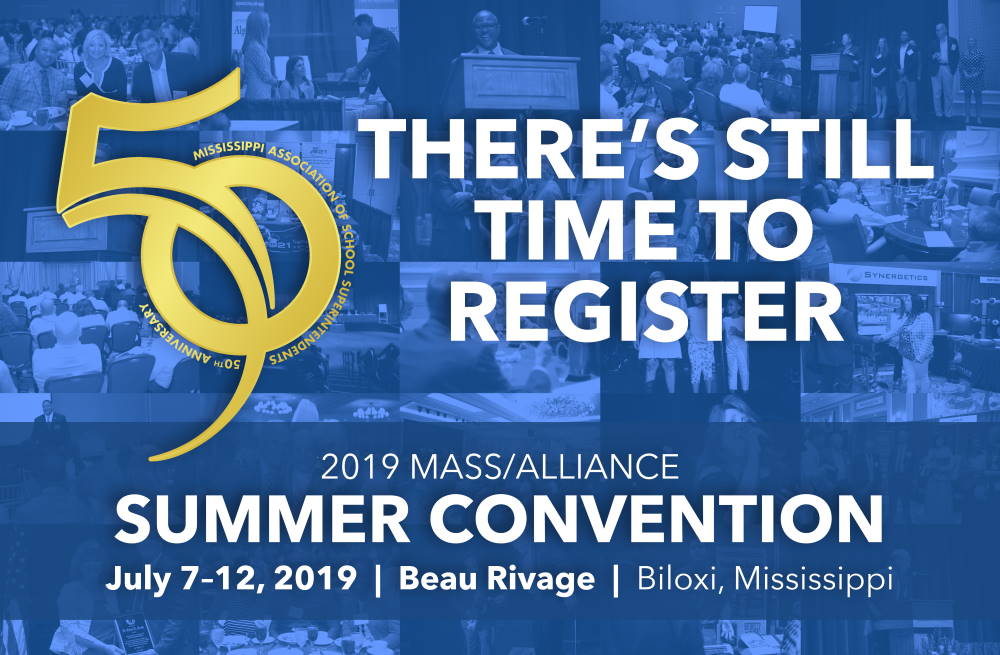 There are many reasons to attend the 2019 Summer Convention at the Beau Rivage in Biloxi.

Download free MASS App as your personal guide to Summer Convention for July.

We, at MASS, believe that the future of our state rests in the hands of ready graduates.

School districts have been requested to verify MAEP-funded teachers for pay raise.

New report spells out the teacher salary differences in state schools across the nation.

What tests does each state require? Only one-third of the states use the PARCC or Smarter Balanced tests.

Starkville-oktibbeha rolls out new ipads to bridge digital gap between teachers and students.

Dominant, top-line educational concerns for decades being replaced by other topics.

Future of education depends on unity, greater investments. Reflections on the condition of America.

Opportunities for improvement identified; ACT scores down across mississippi.

Student successes hinge on stronger partnerships between parents and teachers.

Best in the Nation

Officials around the globe are pursing solutions to address teacher shortages.

The world is changing at a blinding pace. What will it mean for education?

Overwhelming support of an $8.5 million bond issue in New Albany will lead to school renovations.

While perspectives vary, proponents agree that the future of public education is exciting.

What do superintendents across the nation say are the challenges in education?

Some say the United States has lost ground to other countries due to technological deficiencies.

Take a closer look into how low bars are effecting students in Mississippi state schools.

Teacher pay raises may be on the horizon for Mississippi. State officials are exploring the idea.

The state Department of Education spent $840,000 then scrapped a software project.

A state-sponsored lottery in Mississippi became a sure thing when the House reversed course.

State Board of Education Votes to Adjust Baseline Accountability Scores for Schools with a 12th Grade.

The Voice of Education in Mississippi

As a leading advocate for quality public education, the Mississippi Association of School Superintendents provides a comprehensive set of professional learning opportunities that equip educational administrators to inspire students to reach their fullest potential every day. 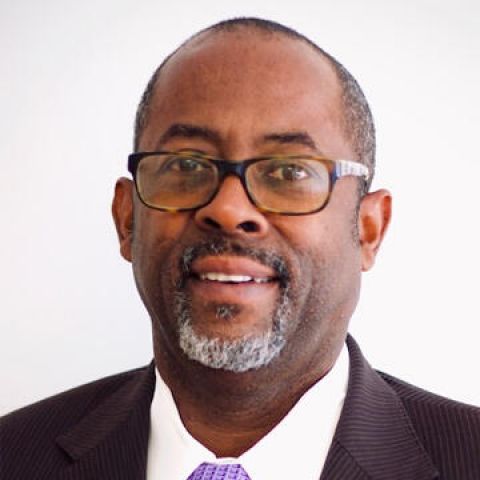 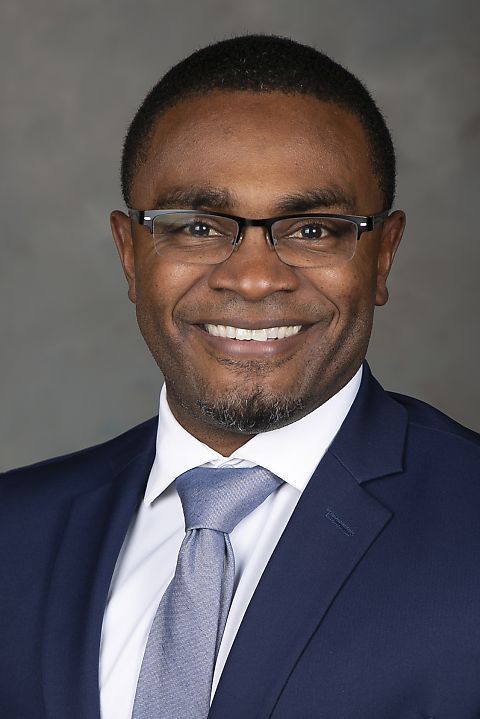 When and where is the 2022 MASS/Alliance Summer Convention?

When can Superintendents and Alliance members begin registering for the the 2022 MASS/Alliance Summer Convention?

Registration for Superintendents is now open.

When can exhibitors register for the the 2022 MASS/Alliance Summer Convention?

At this time, all of our exhibit booths have been sold. Please click on the link to be added to our waitlist.

When will an agenda be available for the 2022 MASS/Alliance Summer Convention?

How are keynote speakers selected for the conferences?

Relevance of topic to targeted audience or theme of the conference is the primary consideration. 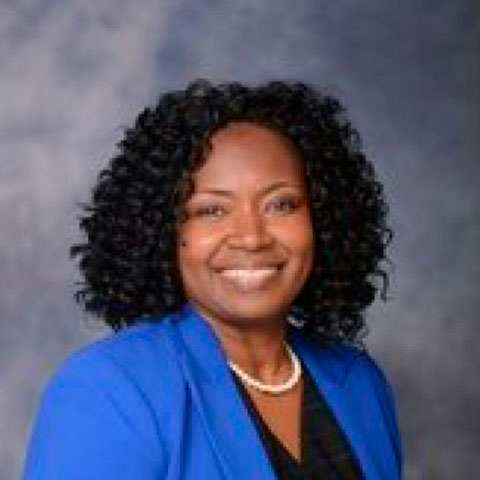 As a new superintendent a few years ago, I found the leadership of MASS to be invaluable as I learned to navigate on the road of the superintendency. Participating in the monthly sessions with my fellow colleagues provided me with a team that I can call anytime to face the challenges of leading a school district. Being a part of MASS also affords me life-long friendships beyond the superintendency. As we collectively work to meet the needs of students in Mississippi, I am honored to be a member of an organization that not only focuses on the professional growth of superintendents. It also focuses on the development of school and district personnel through webinars and its annual conferences. 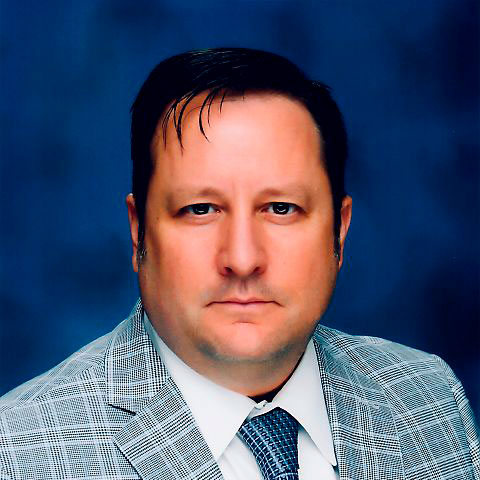 Since 2008, I have had the opportunity to attend all Summer and Winter Mississippi Association of School Superintendents' conferences. In addition, I have attended many professional opportunities sponsored by MASS over this same period. Regardless of whether I attended as a principal, assistant superintendent, or superintendent, I always experienced tremendous professional growth from each session or meeting. I am grateful to MASS for each of these opportunities and proudly serve as a member of the board of directors for the premier educational organization in the state. 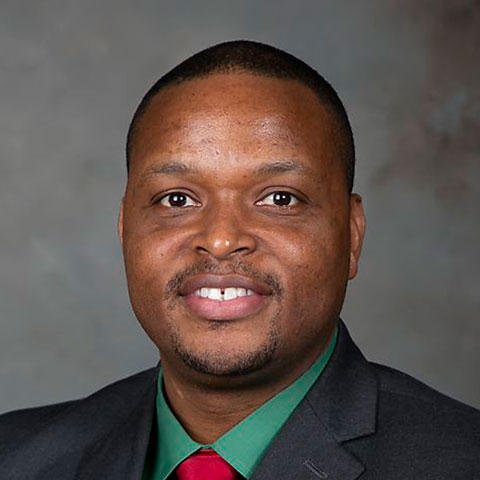 MASS started the mentorship program and new superintendent’s network during my first year as a superintendent. I must say this program jumpstarted my career in the positive direction and guided me through my entire first year. 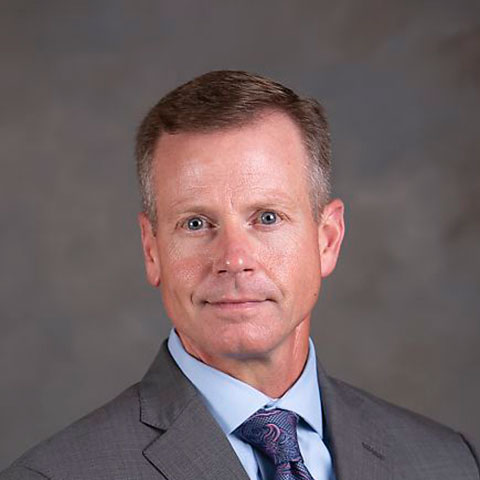 MASS has been a great service provider for many years. I have known them for a longtime and they have always been a valued partner when it comes to building greater accountability in public education. 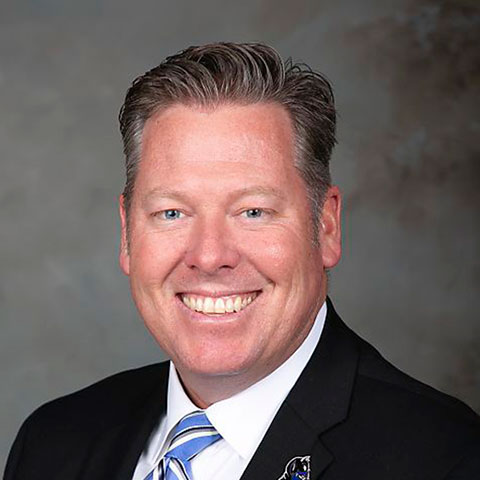 As a member of MASS, I am not alone. The network of MASS members is a professional resource in itself that provides me with best practices and support in leading my district. As we enter these unprecedented times of educating children, MASS is providing me with timely information in weekly webinars with experts and professionals that assist me in building a plan for our schools. While leading in challenging times, we are not leading alone. MASS is with us through it all. 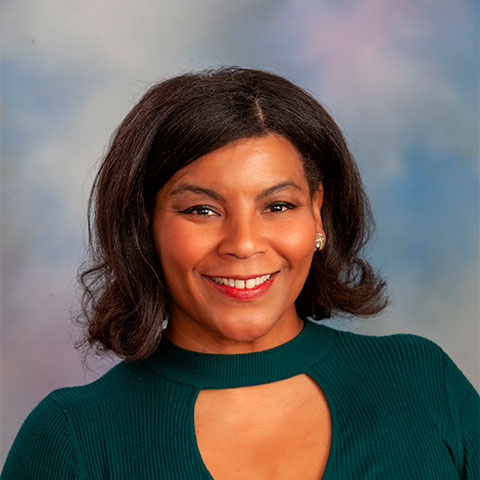 As a newcomer to MASS, I am encouraged by the organization’s steps to equip its members. Resources such as the webinar series add great value and offer insights that help us do our job even better. 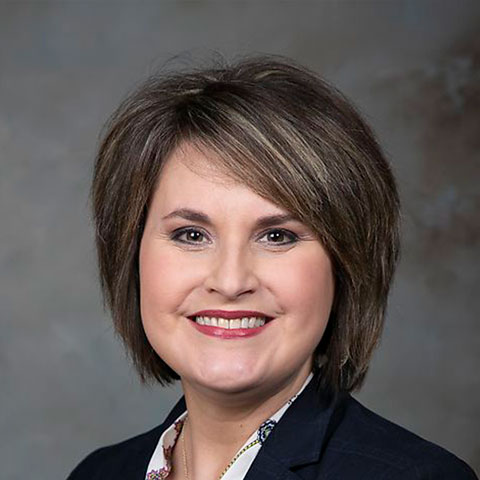 The MASS organization exemplifies what an educational organization should be: committing itself to growing school leaders professionally, creating a network among its members and leadership for support, and investing in the continual success of children in each district of the state. MASS has offered me multiple avenues of professional growth through its relevant conferences, but more importantly, it provides a network of colleagues to help me navigate the superintendency and to improve the education for children in my district.